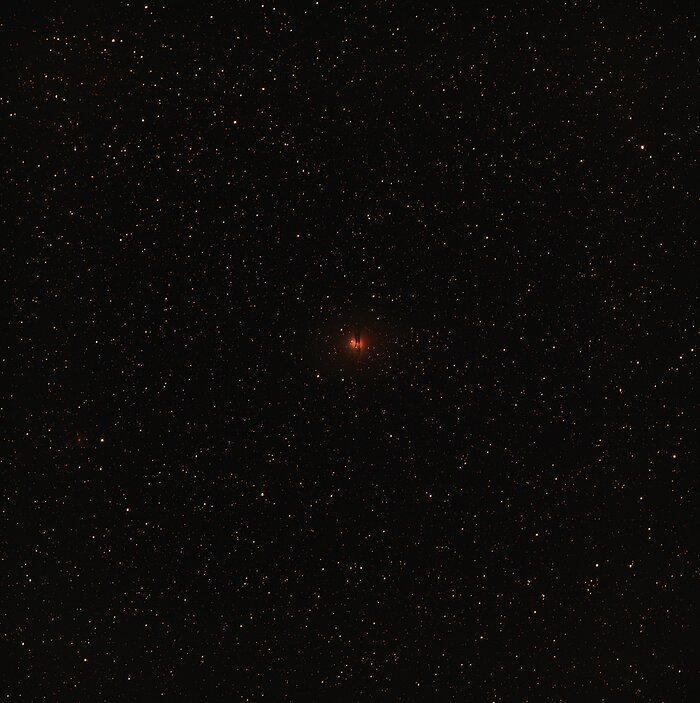 Full field-of-view image (in false colour) obtained during the Test-Bed Telescope’s first light tests at ESO’s La Silla Observatory in Chile. The individual light sources are stars, with the galaxy Centaurus A visible in the centre of the image. While the telescope will be used to detect near-Earth objects rather than observing galaxies, images like these are important to test if the telescope is working as expected. Even during its commissioning phase, the 56-centimetre telescope is already showing its promising capabilities, in part thanks to the excellent sky quality at La Silla.