California nebula and the Pleiades 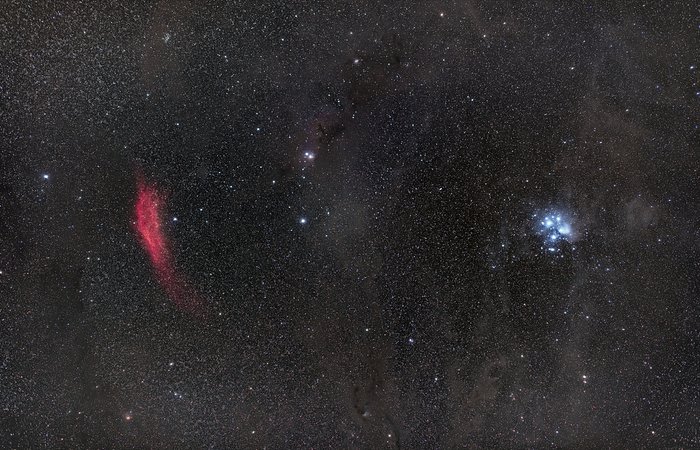 On the left, the red patch is an emission nebula called NGC 1499 or California nebula. On the left is the Pleiades, also known as "the Seven Sisters".  The Pleiades, located in the constellation of Taurus (The Bull), are an open star cluster containing middle aged, hot blue stars. This image was taken from ESO's La Silla Observatory.