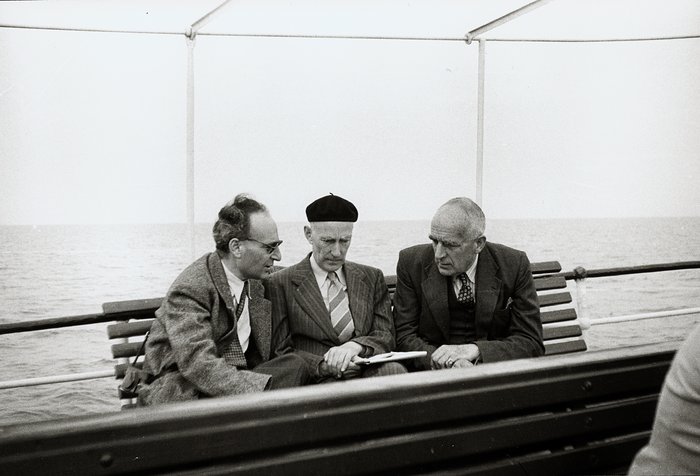 21st of June, 1953 — the beginning of ESO. During a conference at Leiden Observatory, a group of astronomers discussed the idea of a joint European effort in astronomy. The people in this picture, from left to right: V. Kourganoff of France, J.H. Oort of the Netherlands, and H. Spencer-Jones of Great Britain.