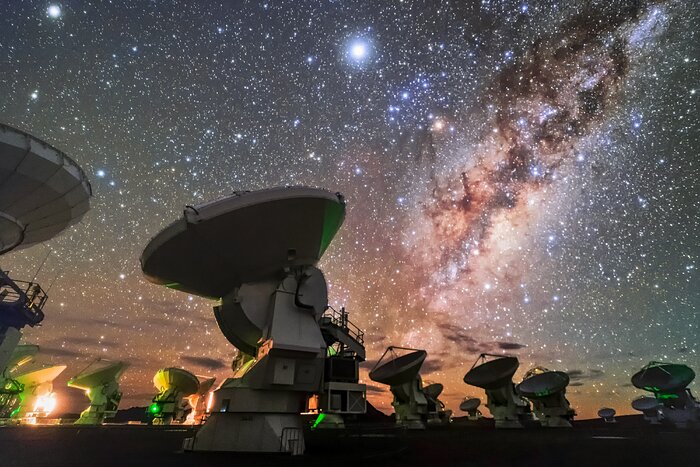 ALMA, located in the Chilean Atacama desert, is the most powerful telescope for observing the cool Universe — molecular gas and dust. ALMA studies the building blocks of stars, planetary systems, galaxies and life itself. By providing scientists with detailed images of stars and planets being born in gas clouds near our Solar System, and detecting distant galaxies forming at the edge of the observable Universe, which we see as they were roughly ten billion years ago, it allows astronomers to address some of the deepest questions of our cosmic origins. ALMA can also be used to study Solar System objects.