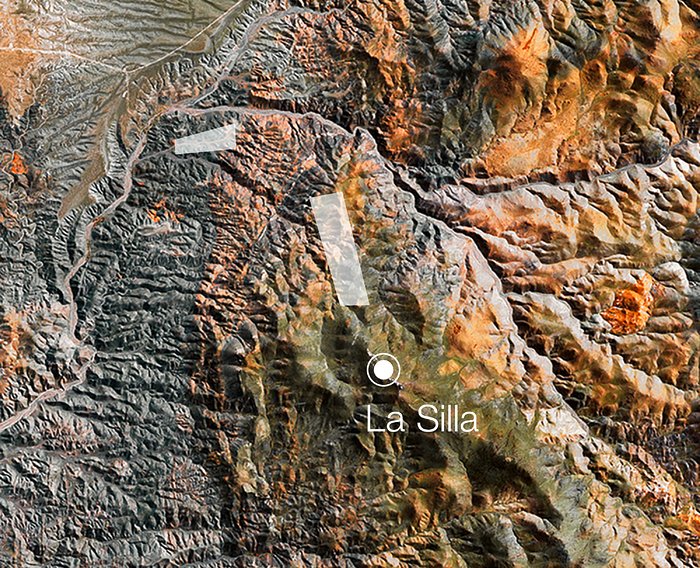 As part of its green initiatives, ESO has signed an agreement with the Chilean company, Astronomy and Energy (a subsidiary of the Spanish LKS Group), to install a solar farm at the La Silla Observatory. ESO has been working on green solutions for supplying energy to its sites for several years, and these are now coming to fruition. Looking to the future, renewables are considered vital to satisfy energy needs in a sustainable manner.

The two areas tentatively selected for the solar farm are shown here.