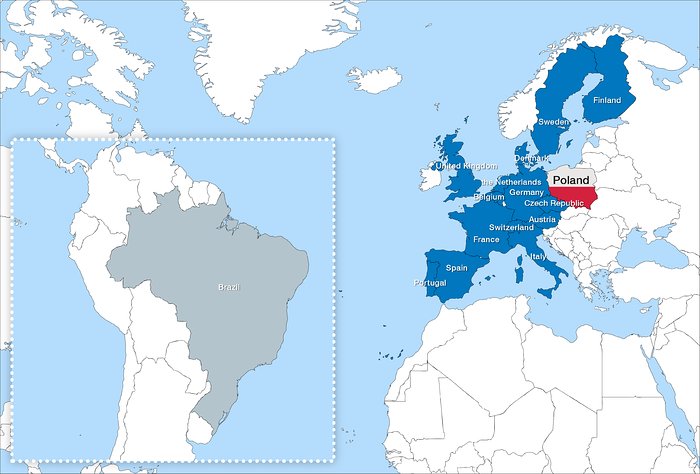 Brazil is in the process of ratifying its membership.