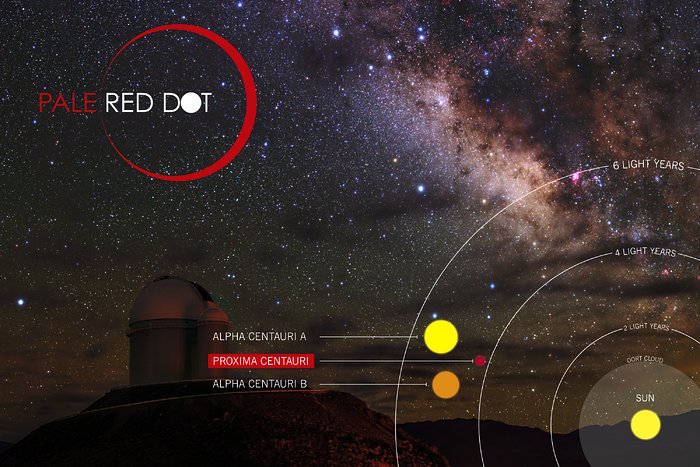 Pale Red Dot was an international search for an Earth-like exoplanet around the closest star to us, Proxima Centauri. It used HARPS, attached to ESO’s 3.6-metre telescope at La Silla Observatory, as well as other telescopes around the world.

It was one of the few outreach campaigns allowing the general public to witness the scientific process of data acquisition in modern observatories. The public could see how teams of astronomers with different specialities work together to collect, analyse and interpret data, which ultimately confirmed the presence of an Earth-like planet orbiting our nearest neighbour. The outreach campaign consisted of blog posts and social media updates on the Pale Red Dot Twitter account and using the hashtag #PaleRedDot. For more information visit the Pale Red Dot website: http://www.palereddot.org