ALMA Delegation at the Chilean Senate 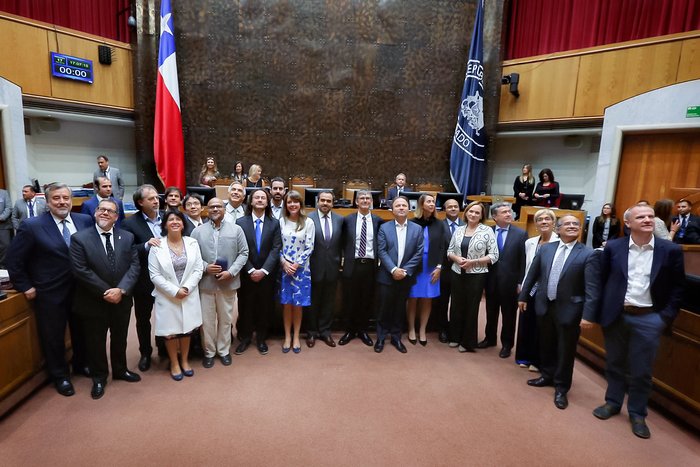 On 17 April 2019, the Senate of Chile awarded the Atacama Large Millimeter/submillimeter Array (ALMA) a medal for its instrumental role in capturing the first-ever image of a black hole. The picture, unveiled by the Event Horizon Telescope on 10 April to enormous public interest and excitement, was created using data taken at eight radio telescopes around the world, including two in which ESO is a major partner: APEX and ALMA. These telescopes' location in Chile, and the large combined collecting area of ALMA's antennas, were indispensable in achieving the unprecedented resolution and sensitivity required.