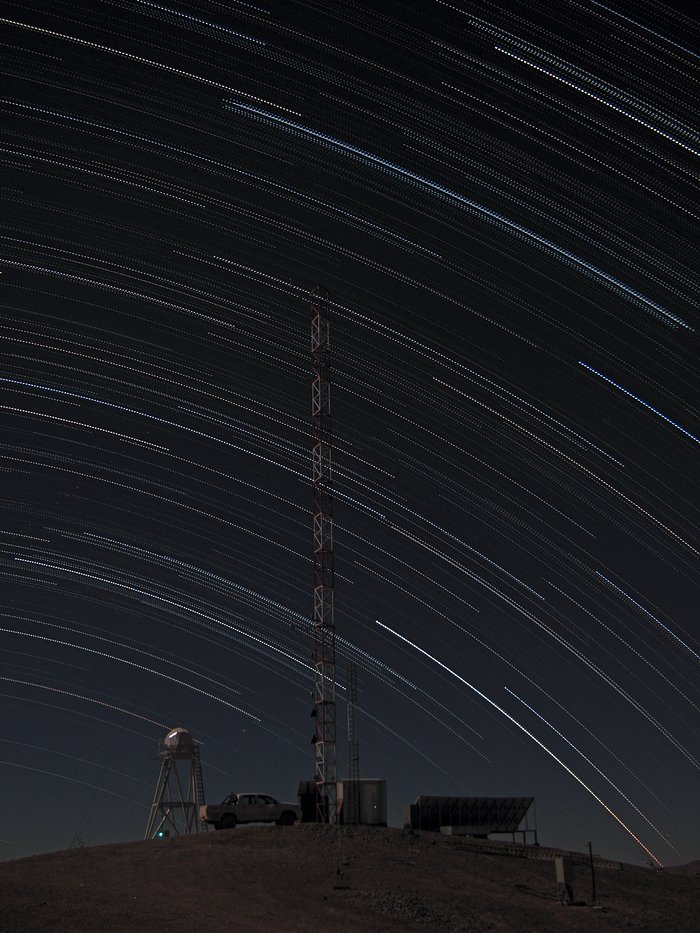 Multiple-exposure picture taken from the top of the 3046-metre-high Cerro Armazones, the selected site for the European Extremely Large Telescope (ELT). Because of the rotation of the Earth, the night sky is seen as it rotates around the southern celestial pole. As a result of this movement, the stars describe dotted trails when a series of exposures is combined. At the centre of the image, on the white and red tower, is the meteorological station. On the left, is the Differential Image Motion Monitor (DIMM), used to measure the atmospheric seeing.