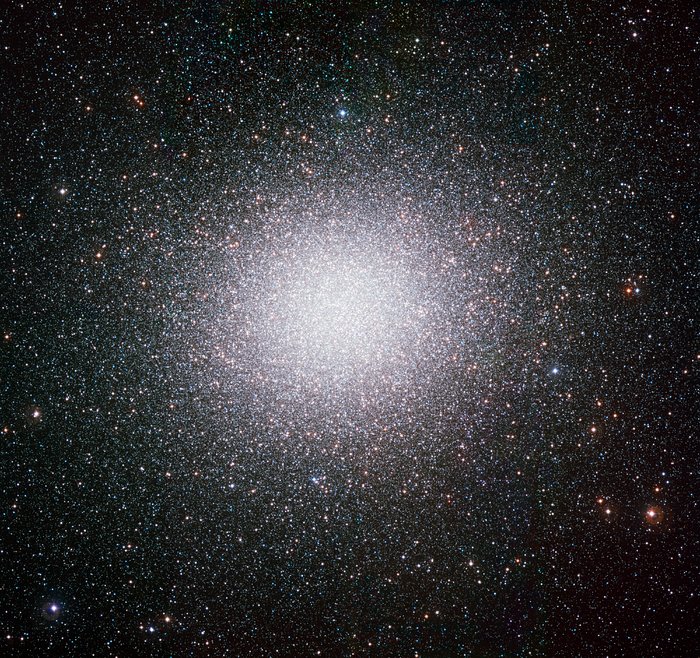 The globular cluster Omega Centauri — with as many as ten million stars — is seen in all its splendour in this image captured with the WFI camera from ESO's La Silla Observatory. The image shows only the central part of the cluster — about the size of the full moon on the sky (half a degree). North is up, East is to the left. This colour image is a composite of B, V and I filtered images. Note that because WFI is equipped with a mosaic detector, there are two small gaps in the image which were filled with lower quality data from the Digitized Sky Survey. Can you find them? NGC 5139 is another designation of this cluster.