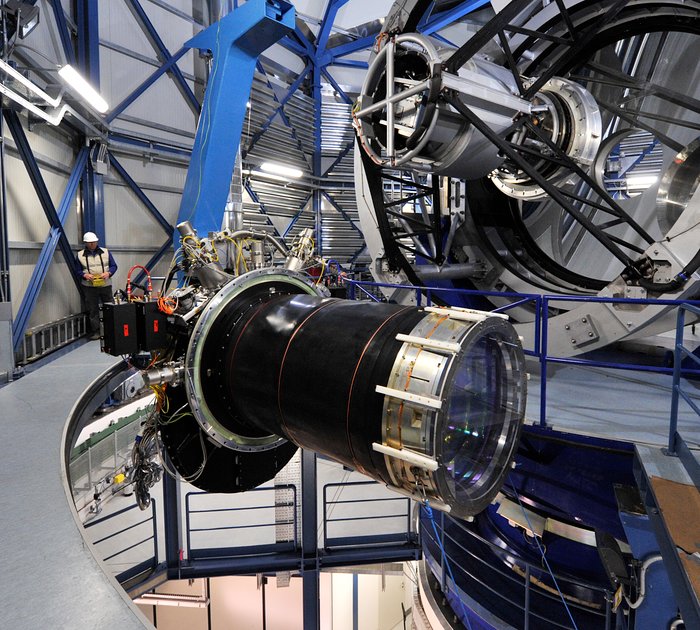 The three-tonne VISTA infrared camera hangs in the air in front of the telescope after it was removed to allow VISTA's main mirror to be recoated in September 2009. Towards the right the optical window that seals the camera glints in the artificial light and on the left the complex cryogenic cooling and electronic systems for the sixteen infrared-sensitive detectors can be seen. Observing at wavelengths longer than those visible with the human eye allows VISTA to study objects that are otherwise impossible to see because they are either too cool to shine, obscured by dust clouds or because they are so far away that their light has been stretched beyond the visible range by the expansion of the Universe. The VISTA camera was designed and built by a consortium including the Rutherford Appleton Laboratory, the UK ATC and the University of Durham in the United Kingdom.