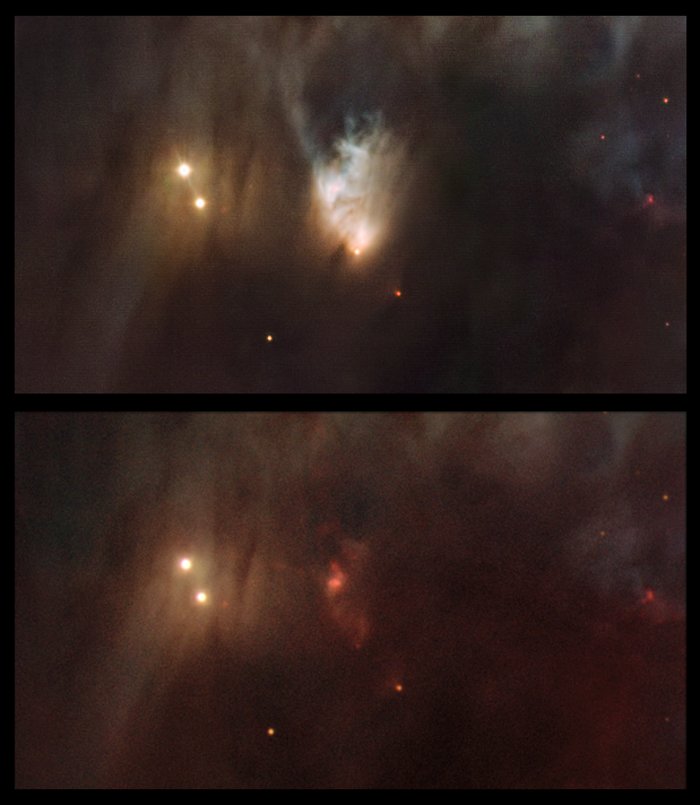 In these images we compare a colour picture of the Messier 78 region taken in 2006 with the 4-metre Mayall telescope at Kitt Peak, Arizona (below) with a new image that was captured using the Wide Field Imager camera on the MPG/ESO 2.2-metre telescope at the La Silla Observatory, Chile (above). The bright, but highly variable, fan-shaped structure, a feature first spotted by amateur astronomer Jay McNeil in early 2004, is almost completely invisible in the older image but very prominent in the new picture.