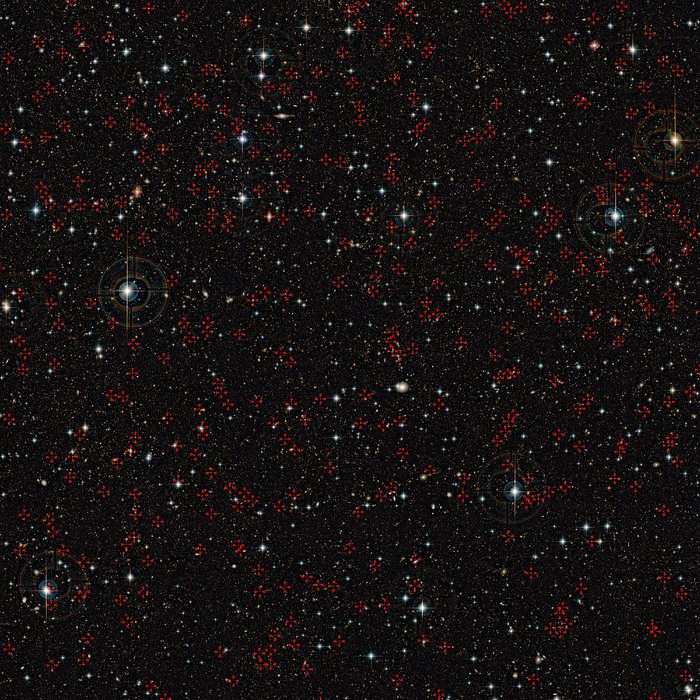 This very deep image shows the COSMOS field imaged by the Canada France Hawaii Telescope (CFHT). Huge numbers of very faint galaxies are visible. A new study of this field, combining data from ESO’s Very Large Telescope and ESA’s XMM-Newton X-ray space observatory has turned up a big surprise. Most of the huge black holes in the centres of active galaxies in the past 11 billion years were not turned on by mergers between galaxies, as had been previously thought. Some of the active galaxies with supermassive black holes at their centres that were used in the new study are marked with red crosses on this picture.