The Prime Minister of France, Jean-Marc Ayrault, and Massimo Tarenghi at the CELAC–EU summit in Santiago 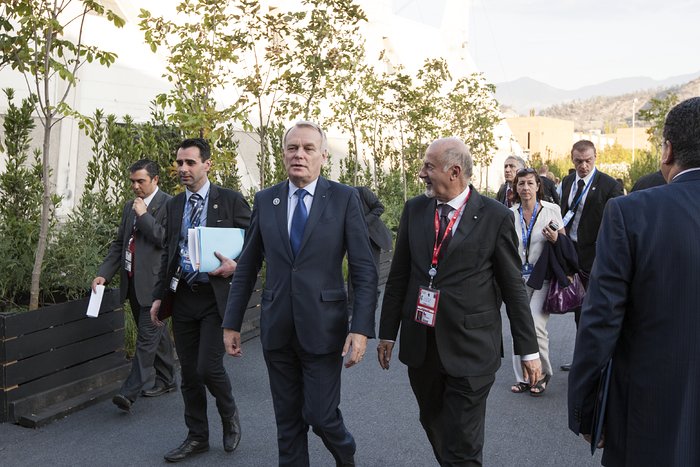 Jean-Marc Ayrault, the Prime Minister of France, and Massimo Tarenghi, ESO’s Representative in Chile at the CELAC-EU Summit. The summit, which is the biggest such event ever organised by Chile, took place in Santiago during the week of 22–28 January 2013. ESO had a starring role in the event and it was an excellent opportunity for it to show its work and facilities to representatives of the Member States.