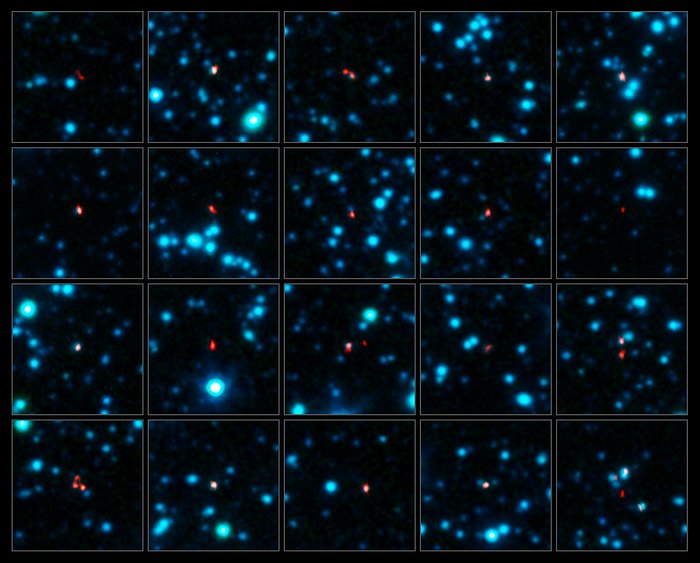 This image shows a selection of the galaxies as seen in the sharp new observations by ALMA (in red). The ALMA observations, at submillimetre wavelengths, are overlaid on an infrared view of the region as seen by the IRAC camera on the Spitzer Space Telescope (coloured blue).