An APEX view of star formation in the Orion Nebula 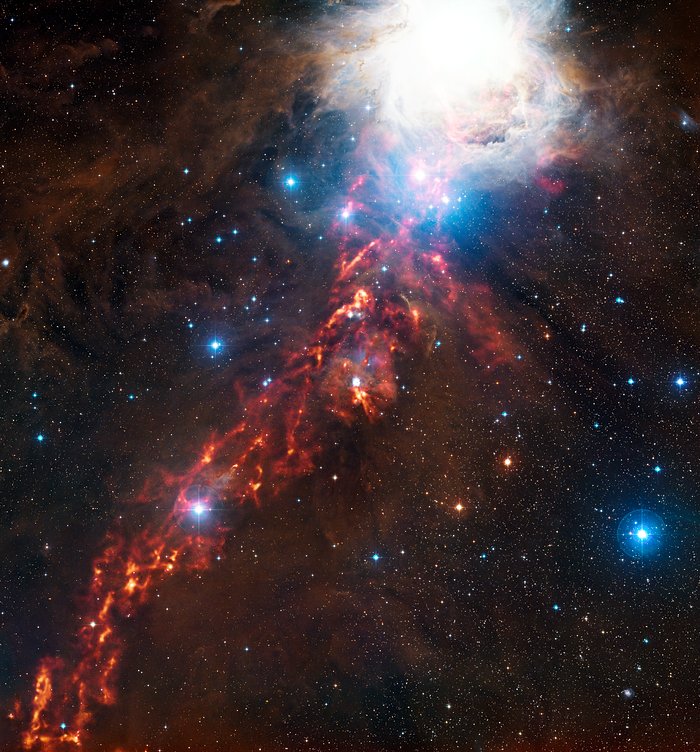 This dramatic new image of cosmic clouds in the constellation of Orion reveals what seems to be a fiery ribbon in the sky. The orange glow represents faint light coming from grains of cold interstellar dust, at wavelengths too long for human eyes to see. It was observed by the ESO-operated Atacama Pathfinder Experiment (APEX) in Chile.

In this image, the submillimetre-wavelength glow of the dust clouds is overlaid on a view of the region in the more familiar visible light, from the Digitized Sky Survey 2. The large bright cloud in the upper right of the image is the well-known Orion Nebula, also called Messier 42.