MUSE image of the Orion Nebula 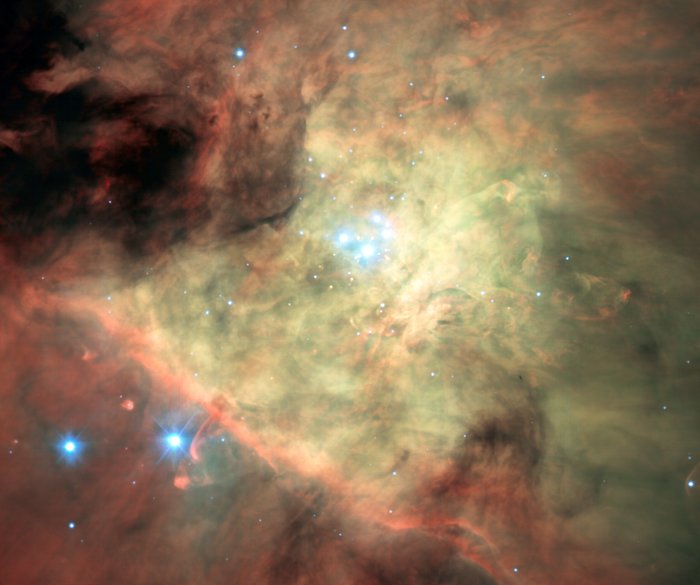 This colour composite of the Orion Nebula was created from data from the new MUSE instrument on ESO’s Very Large Telescope. For each part of this spectacular star formation region this new instrument splits the light up into its component colours — revealing in detail the chemical and physical properties of each point. This picture is based on a mosaic of many MUSE datasets that were obtained soon after the instrument achieved first light in early 2014.

To make this picture selected regions of the spectrum were extracted to form a single colour image. Although this is impressive it is only a tiny fraction of the information in the full MUSE three-dimensional dataset.