Artist’s impression close-up of the rings around Chariklo 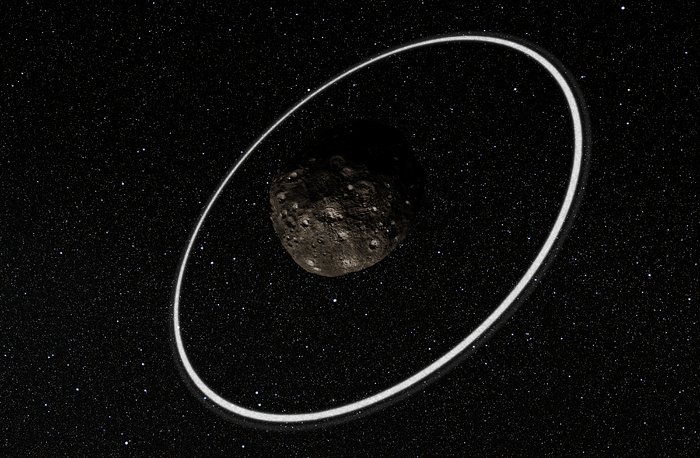