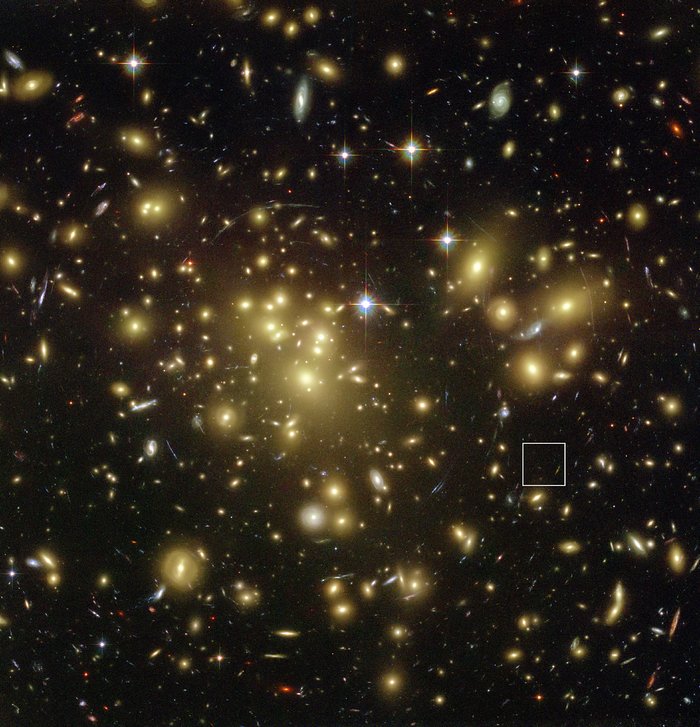 This spectacular view from the NASA/ESA Hubble Space Telescope shows the rich galaxy cluster Abell 1689. The huge concentration of mass bends light coming from more distant objects and can increase their total apparent brightness and make them visible. One such object, A1689-zD1, is located in the box — although it is still so faint that it is barely seen in this picture.

New observations with ALMA and ESO’s VLT have revealed that this object is a dusty galaxy seen when the Universe was just 700 million years old.