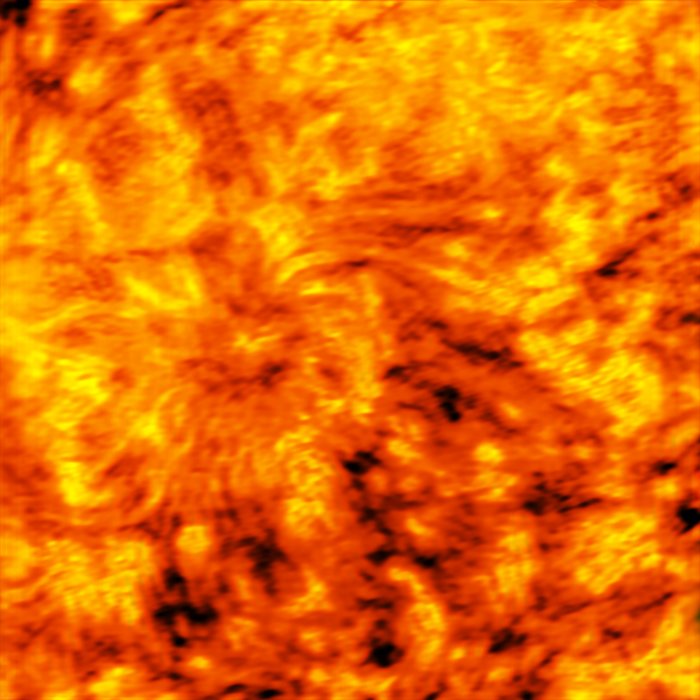 This ALMA image of an enormous sunspot was taken at a wavelength of 3 millimetres. Sunspots are transient features that occur in regions where the Sun’s magnetic field is extremely concentrated and powerful. They have lower temperatures than their surrounding regions, which is why they appear relatively dark.

These observations are the first ever made of the Sun with a facility where ESO is a partner. They are an important expansion of the range of observations that can be used to probe the mysterious physics of our nearest star.