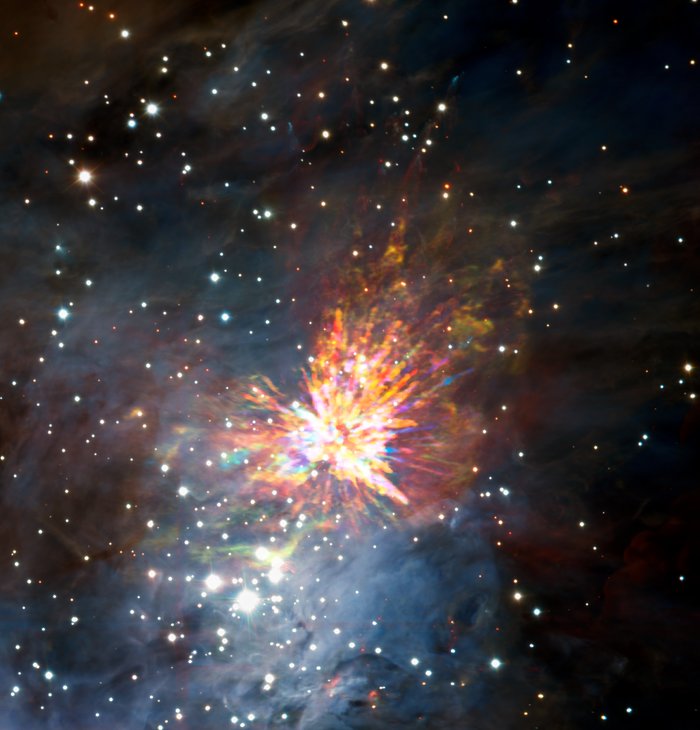 Stellar explosions are most often associated with supernovae, the spectacular deaths of stars. But new ALMA observations of the Orion Nebula complex provide insights into explosions at the other end of the stellar life cycle, star birth. Astronomers captured these dramatic images of the remains of a 500-year-old explosion as they explored the firework-like debris from the birth of a group of massive stars, demonstrating that star formation can be a violent and explosive process too.

The background image includes optical and near-infrared imaging from both the Gemini South and ESO Very Large Telescope. The famous Trapezium Cluster of hot young stars appears towards the bottom of this image. The ALMA data do not cover the full image shown here.