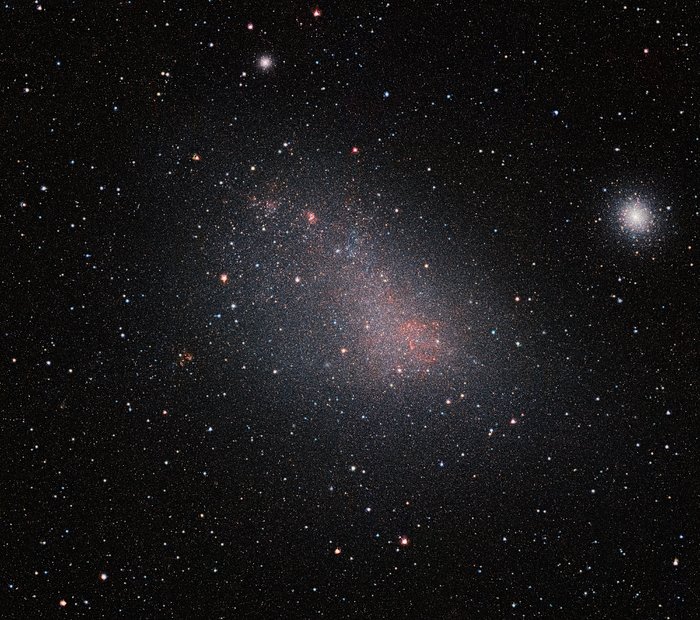 The Small Magellanic Cloud (SMC) galaxy is a striking feature of the southern sky even to the unaided eye. But visible-light telescopes cannot get a really clear view of what is in the galaxy because of obscuring clouds of interstellar dust. VISTA’s infrared capabilities have now allowed astronomers to see the myriad of stars in this neighbouring galaxy much more clearly than ever before. The result is this record-breaking image — the biggest infrared image ever taken of the Small Magellanic Cloud — with the whole frame filled with millions of stars.

As well as the SMC itself this very wide-field image reveals many background galaxies and several star clusters, including the very bright 47 Tucanae globular cluster at the right of the picture.