Artists’s Rendering of the primary mirror of the ELT 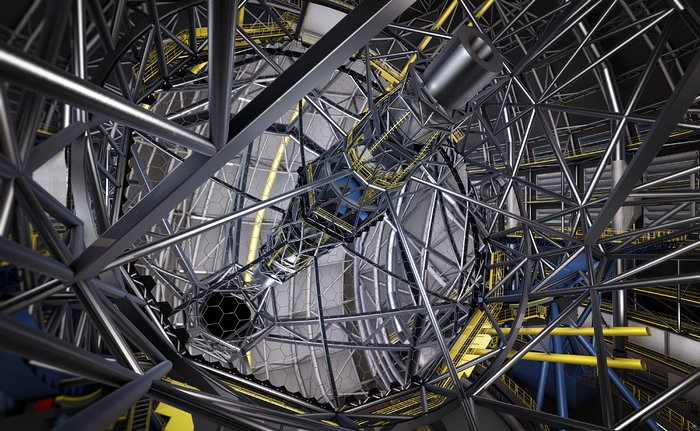 This artist's rendering shows the huge segmented primary mirror of the ESO Extremely Large Telescope (ELT). Contracts for the manufacture of the mirror segments were signed on 30 May 2017 at a ceremony at ESO’s Headquarters near Munich. The German company SCHOTT will produce the blanks of the mirror segments, and the French company Safran Reosc will polish, mount and test the segments. The contract to polish the mirror blanks is the second-largest contract for the ELT construction and the third-largest contract ESO has ever awarded.