Philippe Rioufreyt presents the ESO Director General with a gift 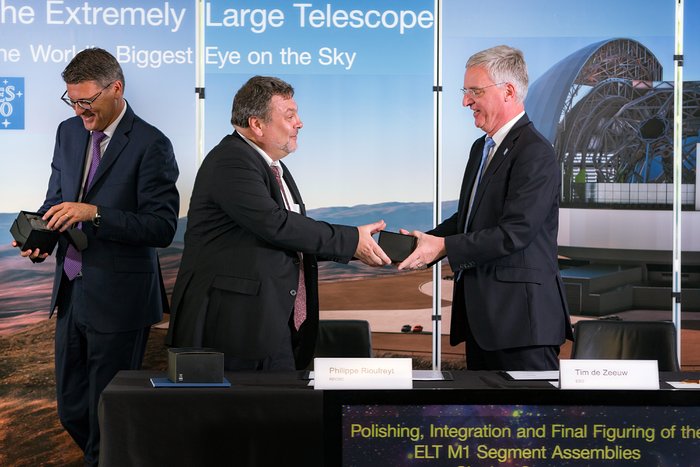