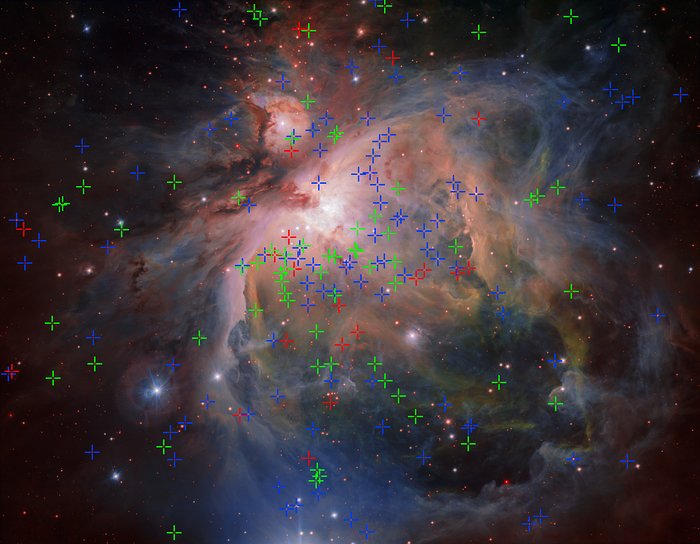 OmegaCAM — the wide-field optical camera on ESO’s VLT Survey Telescope (VST) — has captured the spectacular Orion Nebula and its associated cluster of young stars in great detail,  producing this beautiful new image. This famous object, the birthplace of many massive stars, is one of the closest stellar nurseries, at a distance of about 1350 light-years.

On this plot different populations of young stars are marked in different colours. The blue ones are oldest and the red youngest, with green ones an intermediate age. These stars seems to have formed in three bursts of star formation during the last three million years.