The planetary nebula IC 4406 seen with MUSE and the AOF 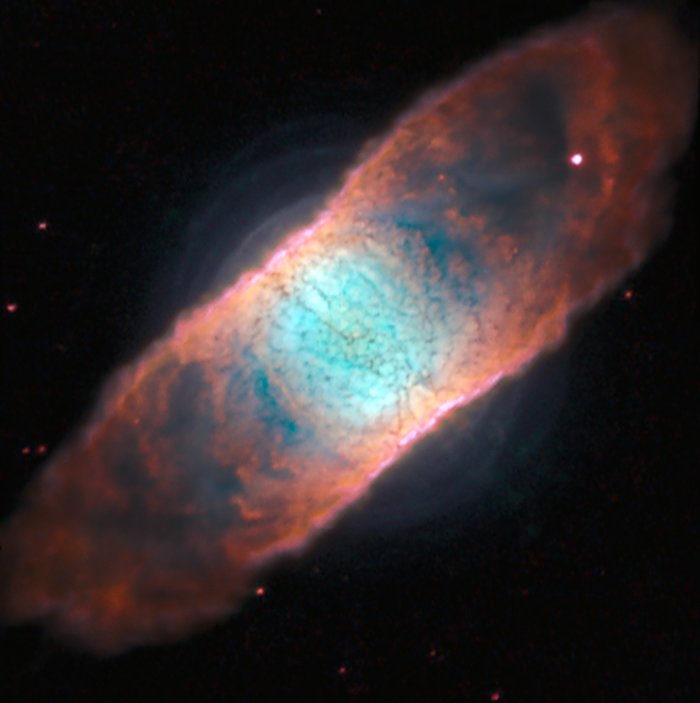 The coupling of the AOF with MUSE gives access to both greater sharpness and a wide dynamic range when observing celestial objects like planetary nebulae. These new observations of IC 4406 revealed shells that have never been seen before, along with the already familiar dark dust structures in the nebula that gave it the popular name the Retina Nebula.

This image shows a small fraction of the total data collected by the MUSE using the AOF system and demonstrates the increased abilities of the new AOF equipped MUSE instrument.