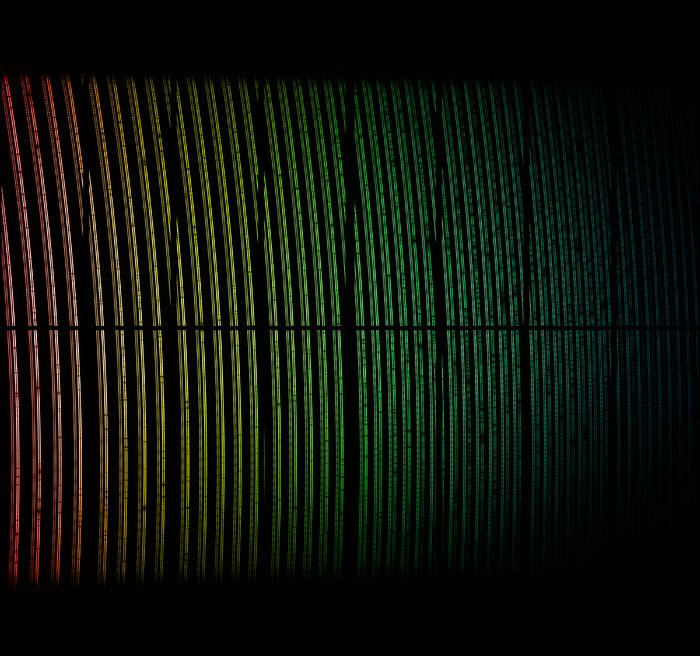 This colourful image shows spectral data from the First Light of the ESPRESSO instrument on ESO's Very Large Telescope in Chile. The light from a star has been dispersed into its component colours. This view has been colourised to indicate how the wavelengths change across the image, but these are not exactly the colours that would be seen visually. Close inspection shows many dark spectral lines in the stellar spectra and also the regular double spots from a calibration light source. The dark gaps are features of how the data is taken, and are not real.