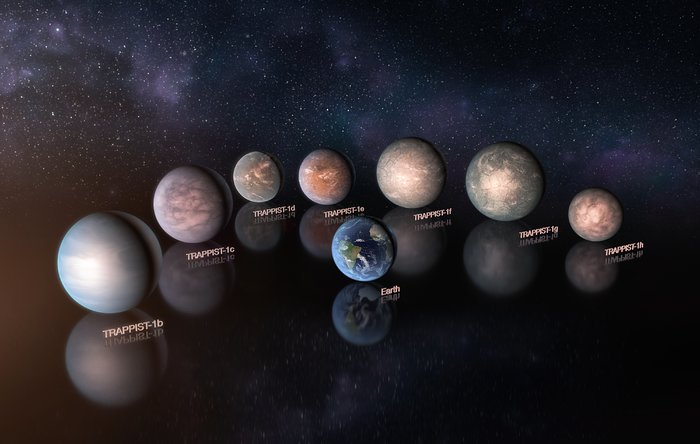 This artist’s impression compares the seven planets orbiting the ultra-cool red dwarf star TRAPPIST-1 to the Earth at the same scale. New observations, when combined with very sophisticated analysis, have now yielded good estimates of the densities of all seven of the Earth-sized planets and suggest that they are rich in volatile materials, probably water.

They are shown to the same scale but not in the correct relative positions.