An isolated neutron star in the Small Magellanic Cloud 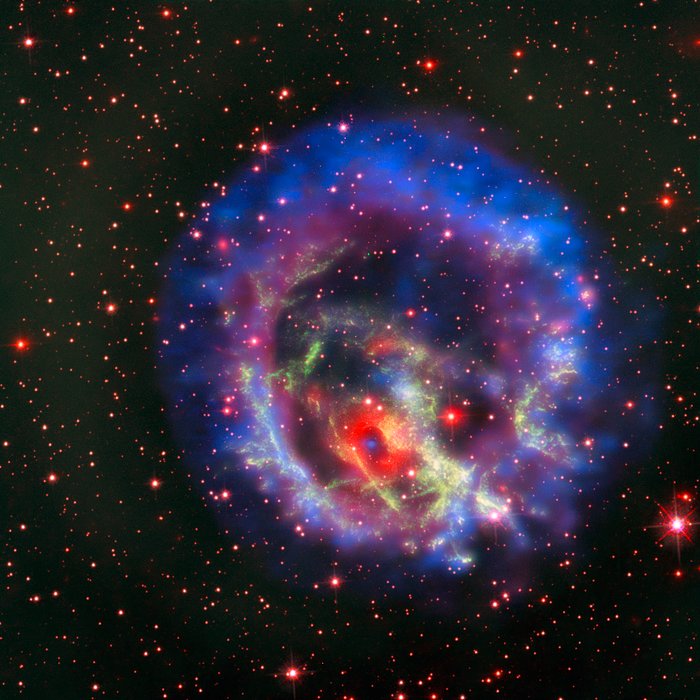 This new picture created from images from telescopes on the ground and in space tells the story of the hunt for an elusive missing object hidden amid a complex tangle of gaseous filaments in one of our nearest neighbouring galaxies, the Small Magellanic Cloud.

The reddish background image comes from the NASA/ESA Hubble Space Telescope and reveals the wisps of gas forming the supernova remnant 1E 0102.2-7219 in green. The red ring with a dark centre is from the MUSE instrument on ESO’s Very Large Telescope and the blue and purple images are from the NASA Chandra X-Ray Observatory. The blue spot at the centre of the red ring is an isolated neutron star with a weak magnetic field, the first identified outside the Milky Way.