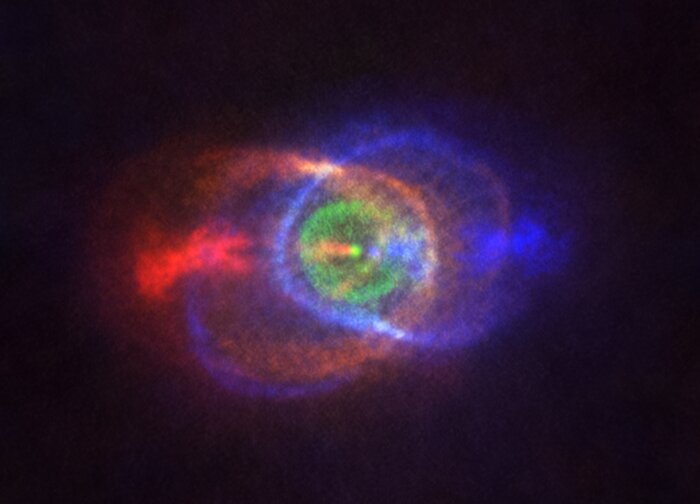 This new ALMA image shows the outcome of a stellar fight: a complex and stunning gas environment surrounding the binary HD101584. The colours represent speed, going from blue — gas moving the fastest towards us — to red — gas moving the fastest away from us. Jets, almost along the line of sight, propel the material in blue and red. The stars in the binary are located at the single bright dot at the centre of the ring-like structure shown in green, which is moving with the same velocity as the system as a whole along the line of sight. Astronomers believe this ring has its origin in the material ejected as the lower mass star in the binary spiralled towards its red-giant partner.