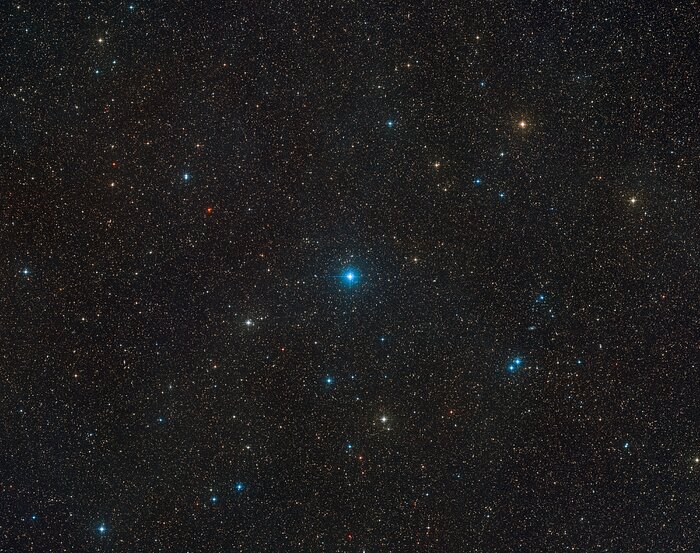 This wide-field view shows the region of the sky, in the constellation of Telescopium, where HR 6819 can be found, a triple system consisting of two stars and the closest black hole to Earth ever found. This view was created from images forming part of the Digitized Sky Survey 2. While the black hole is invisible, the two stars in HR 6819 can be viewed from the southern hemisphere on a dark, clear night without binoculars or a telescope.