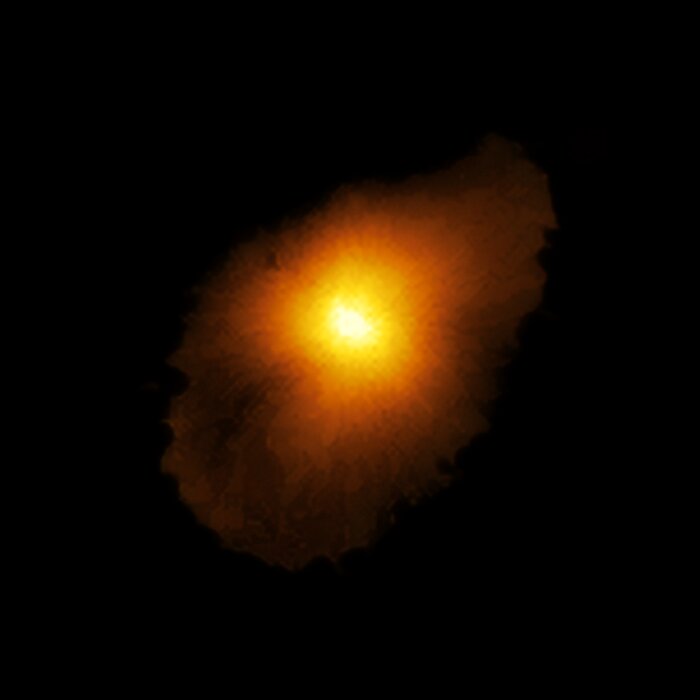 Astronomers using ALMA, in which the ESO is a partner, have revealed an extremely distant galaxy that looks surprisingly like our Milky Way. The galaxy, SPT0418-47, is gravitationally lensed by a nearby galaxy, appearing in the sky as a near-perfect ring of light. The research team reconstructed the distant galaxy’s true shape, shown here, and the motion of its gas from the ALMA data using a new computer modelling technique.