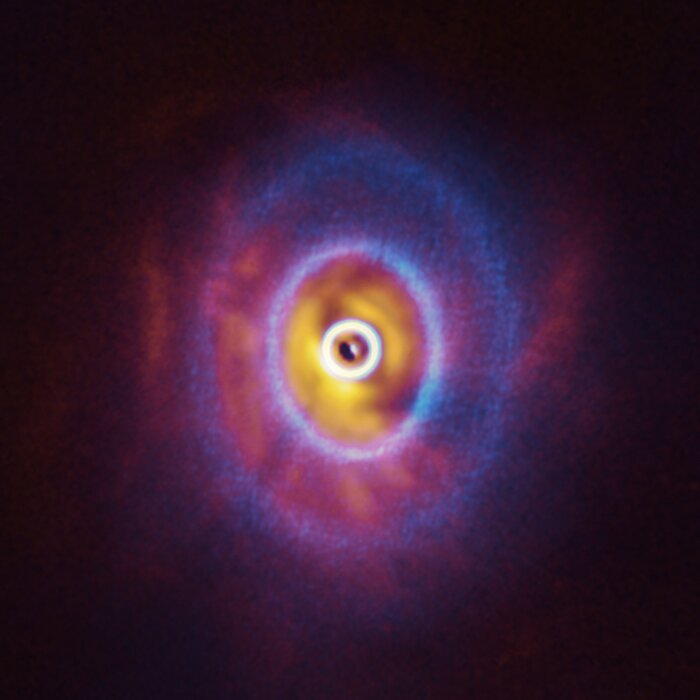 ALMA, in which ESO is a partner, and the SPHERE instrument on ESO’s Very Large Telescope have imaged GW Orionis, a triple star system with a peculiar inner region. Unlike the flat planet-forming discs we see around many stars, GW Orionis features a warped disc, deformed by the movements of the three stars at its centre. This composite image shows both the ALMA and SPHERE observations of the disc.

The ALMA image shows the disc’s ringed structure, with the innermost ring (part of which is visible as an oblong dot at the very centre of the image) separated from the rest of the disc. The SPHERE observations allowed astronomers to see for the first time the shadow of this innermost ring on the rest of the disc, which made it possible for them to reconstruct its warped shape.