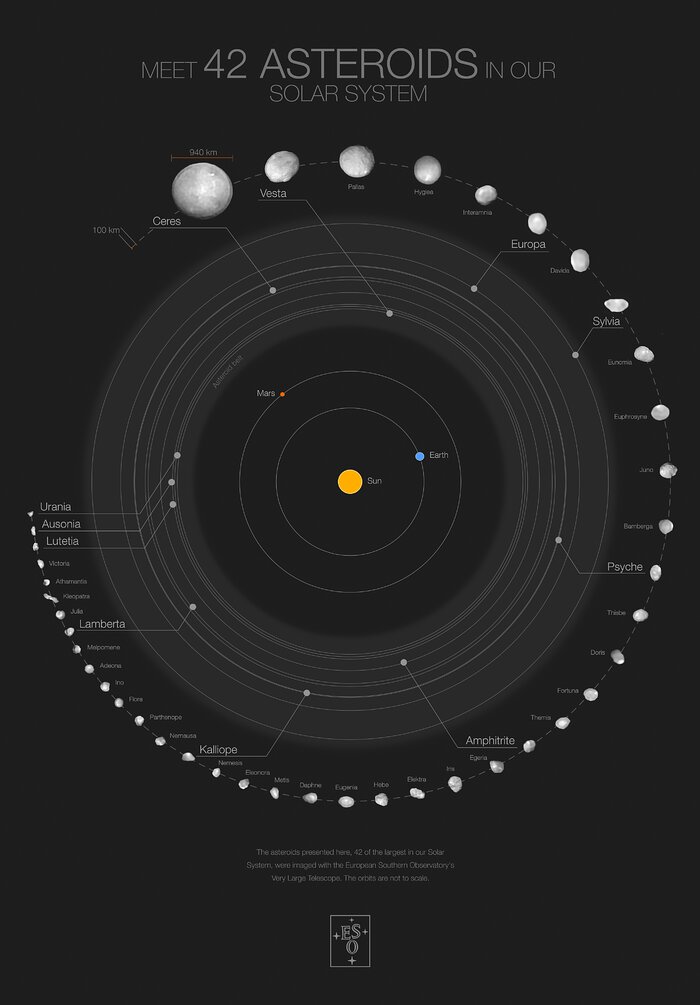 This poster shows 42 of the largest objects in the asteroid belt, located between Mars and Jupiter (orbits not to scale). The images in the outermost circle of this infographic have been captured with the Spectro-Polarimetric High-contrast Exoplanet REsearch (SPHERE) instrument on ESO’s Very Large Telescope. The asteroid sample features 39 objects larger than 100 kilometres in diameter, including 20 larger than 200 kilometres. The poster highlights a few of the objects, including Ceres (the largest asteroid in the belt), Urania (the smallest one imaged), Kalliope (the densest imaged) and Lutetia, which was visited by the European Space Agency’s Rosetta mission.

You can buy the blue version of this poster on the ESOshop.