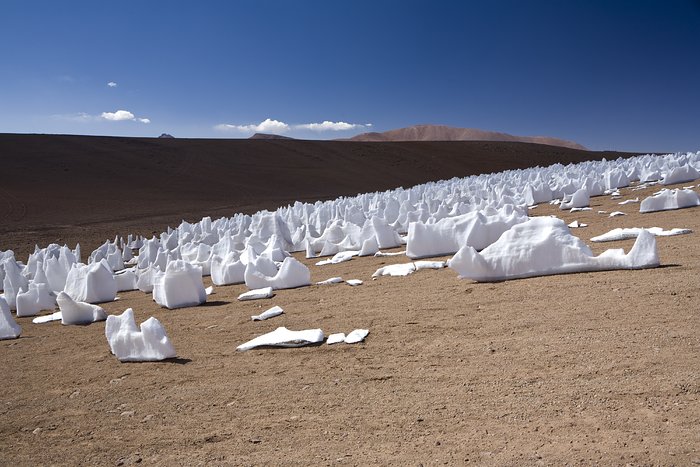 These bizarre snow and ice formations, called "penitentes", form in high-altitude regions such as the Chajnantor plain, close to where the ALMA array will be located.

These are ice blades produced by the competition between sublimation and melting of the snow. At Chajnantor at the summer solstice, the Sun is close to the zenith at noon, and penitents are vertical. This image was taken in December 2005.

This image is available as a mounted image in the ESOshop