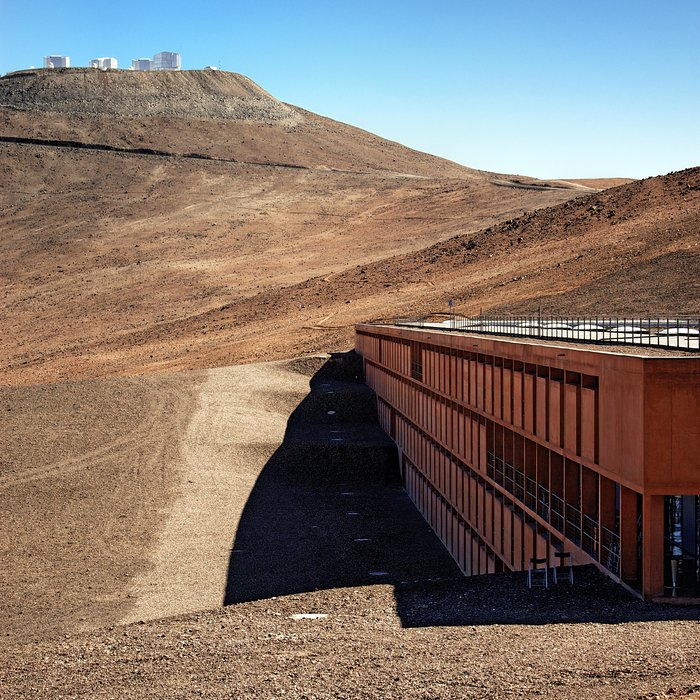 This view shows La Residencia, the hotel that provides an oasis for the astronomers and staff working at ESO’s Paranal Observatory in Chile.

The image is taken from the south corner of the building, looking north towards the Very Large Telescope (VLT) sitting atop the summit of Cerro Paranal at some 2635 metres above sea level. The VLT is the flagship facility for European ground-based optical astronomy, and is the world’s most advanced optical observatory.

The windows of the 108 rooms of La Residencia look west (left on the photo) towards the Pacific Ocean. Designed by the German architects Auer+Weber+Assoziierte, this award-winning building was featured as a backdrop for part of the James Bond film Quantum of Solace. It was built in a partially subterranean L-shape, making use of natural materials to allow it to blend in with the colours of the desert’s Mars-like landscape. It is little surprise that La Residencia was chosen as the perfect hide-out for a Bond villain!