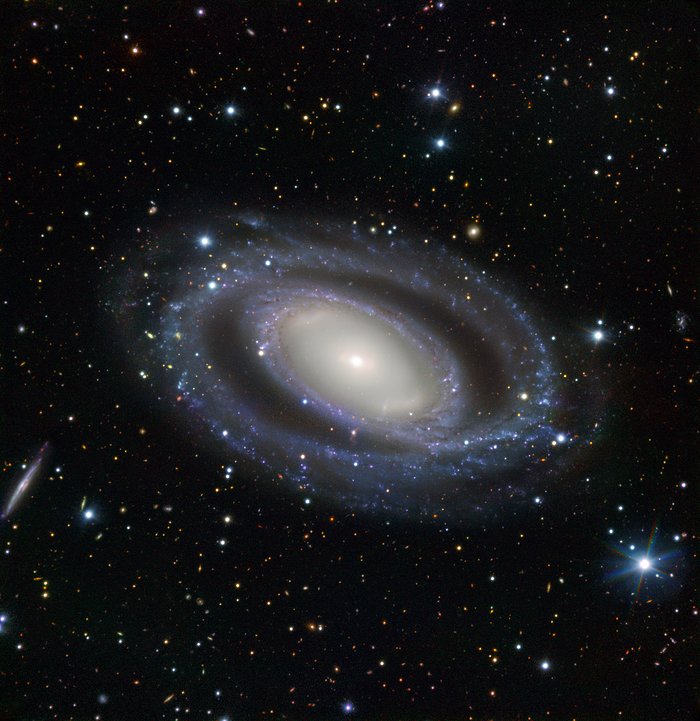 NGC 7098 has also developed features known as ansae, visible as small, bright streaks at each end of the central region. Ansae are visible areas of overdensity — they commonly take looping, linear, or circular shapes, and can be found at the extremities of planetary ring systems, in nebulous clouds, and, as is the case with NGC 7098, in parts of galaxies that are packed to the brim with stars.

This image is formed from data gathered by the FOcal Reducer and low dispersion Spectrograph (FORS) instrument, installed on ESO’s Very Large Telescope at Paranal Observatory. An array of distant galaxies are also visible throughout the frame, the most prominent being the small, edge-on, spiral galaxy visible to the left of NGC 7098, known as PGC 246235.