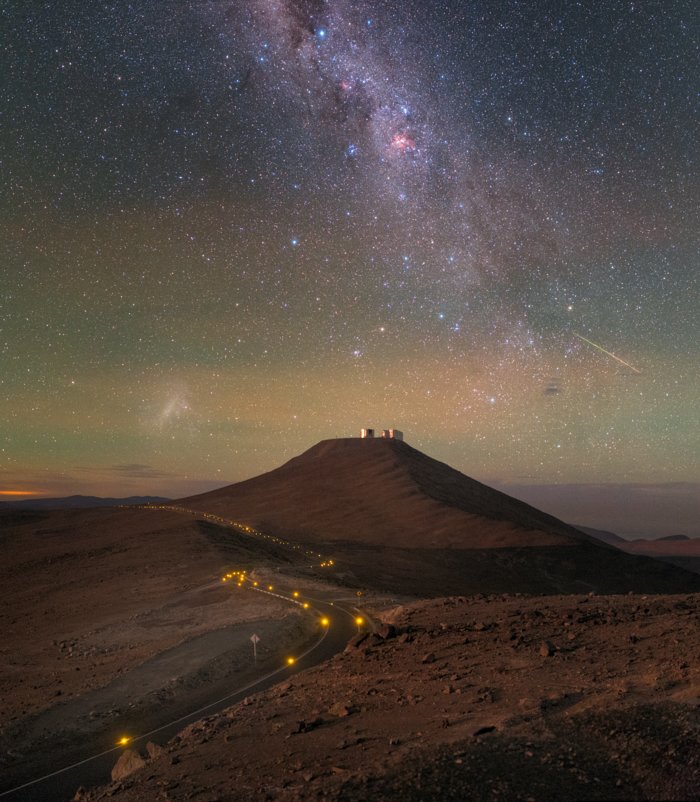 Resembling a river of light flowing through the dry, otherworldly landscape of northern Chile, the road to ESO’s Paranal Observatory is a lifeline for the facility. Sited in one of the most remote locations in the world to benefit from the extremely low light pollution there, the observatory can only be accessed by this road, which winds its solitary way through the calm, barren terrain.

Atop the distant mountain, called Cerro Paranal, it is possible to see the tiny shapes of the VLT Survey Telescope, and all four of the Unit Telescopes (UTs) that make up ESO’s Very Large Telescope. Though small in this Picture of the Week, up close these telescopes are veritable behemoths — each UT mirror alone spans over eight metres!

This photo was taken from the vantage point of another of ESO’s facilities, the VISTA telescope, on an adjacent peak in the Atacama Desert, by ESO Photo Ambassador Yuri Beletsky.