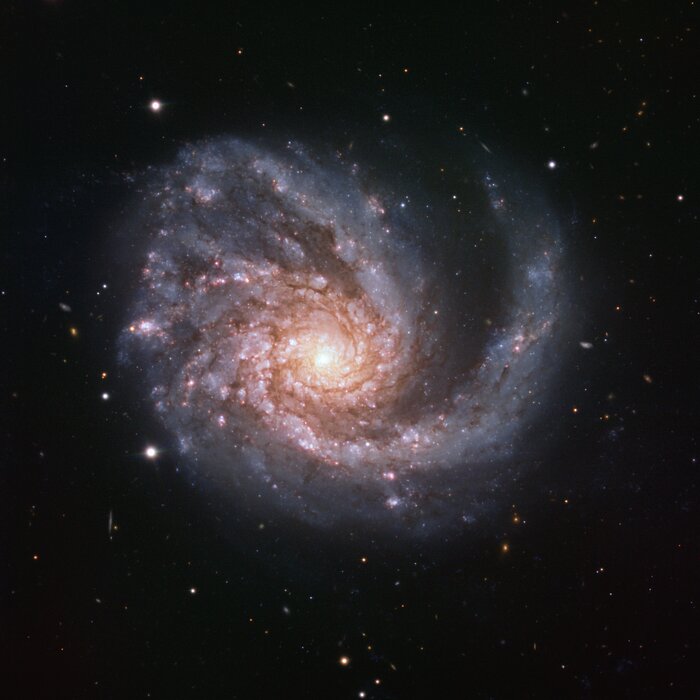 This ESO Picture of the Week features a galaxy named both NGC 4254 and Messier 99, a beautiful cosmic spectacle located in the constellation of Coma Berenices (Berenice’s Hair).

Messier 99 is special, owing to its classification as a grand design spiral galaxy: a kind of galactic architecture featuring strong, prominent, well-defined arms that wrap clearly around the galaxy’s centre. Only around 10 percent of all spirals are of the grand design variety, making objects like Messier 99 somewhat uncommon. The justification behind Messier 99’s categorisation is clear in this image; bright, swirling arms carve through the dark surrounding space, and are easily identifiable as a number of different, coherent structures.