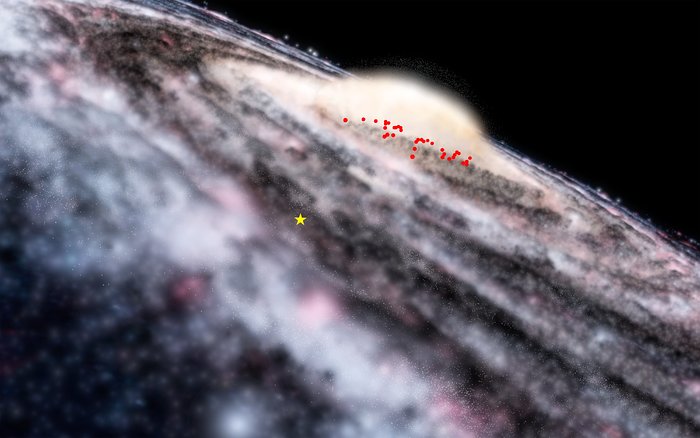 Astronomers using the VISTA telescope at ESO’s Paranal Observatory have discovered a previously unknown component of the Milky Way. By mapping out the locations of a class of stars that vary in brightness called Cepheids, a disc of young stars buried behind thick dust clouds in the central bulge has been found.

This diagram shows the locations of the newly discovered Cepheids in an artist’s rendering of the Milky Way. The yellow star indicates the position of the Sun.