Computer simulation of a Lyman-alpha Blob 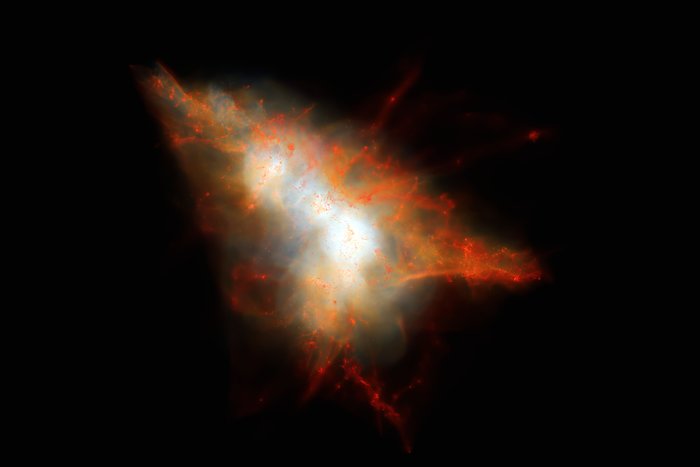 This rendering shows a snapshot from a cosmological simulation of a Lyman-alpha Blob similar to LAB-1. This simulation tracks the evolution of gas and dark matter using one of the latest models for galaxy formation running on the NASA Pleiades supercomputer. This view shows the distribution of gas within the dark matter halo, colour coded so that cold gas (mainly neutral hydrogen) appears red and hot gas appears white. Embedded at the centre of this system are two strongly star-forming galaxies, but these are surrounded by hot gas and many smaller satellite galaxies that appear as small red clumps of gas here. Lyman-alpha photons escape from the central galaxies and scatter off the cold gas associated with these satellites to give rise to an extended Lyman-alpha Blob.