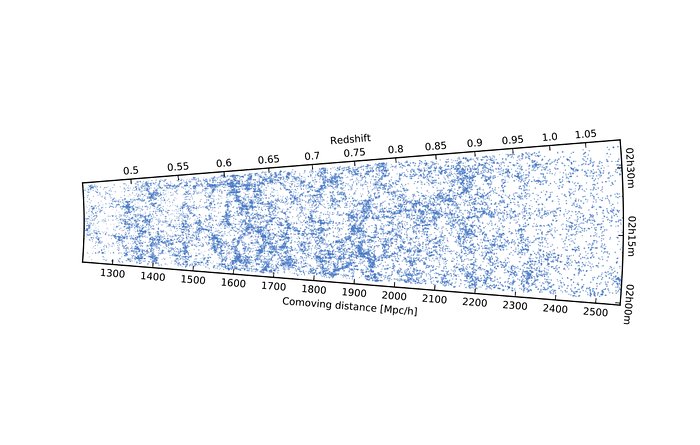 This map of a section of the Universe shows the positions of many thousands of galaxies that were measured as part of the VIPERS survey with ESO’s Very Large Telescope. The observer on the Earth is at the left and galaxies towards the right are seen at earlier times in the history of the Universe. The intricate structure of the large-scale structure of the cosmic web is clearly seen.