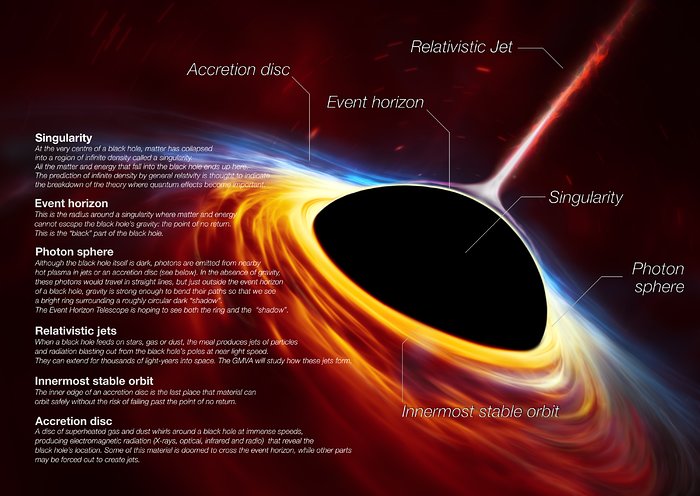 This artist’s impression depicts a rapidly spinning supermassive black hole surrounded by an accretion disc. This thin disc of rotating material consists of the leftovers of a Sun-like star which was ripped apart by the tidal forces of the black hole. Shocks in the colliding debris as well as heat generated in accretion led to a burst of light, resembling a supernova explosion.