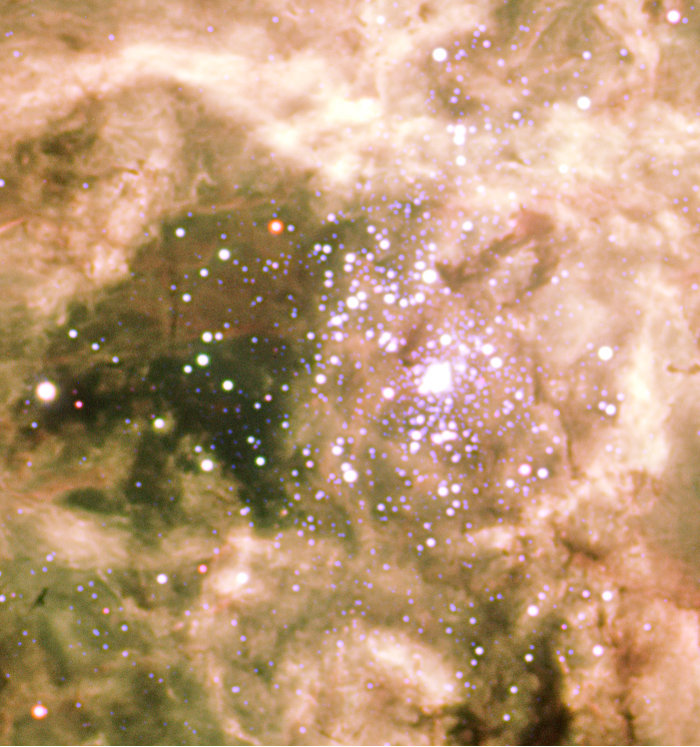 Inside the giant emission nebula lies a cluster of young, massive and hot stars, denoted R 136, whose intense ultra-violet radiation and strong winds make the nebula glow, shaping it in the form of a giant arachnid. The cluster is about 2 to 3 million years old. Several of the brighter members in the immediate surroundings of the dense cluster are among the most massive stars known, with masses well above 50 times the mass of our Sun. The cluster itself contains more than 200 massive stars.