VLT/SPHERE image of the star L2 Puppis and its surroundings 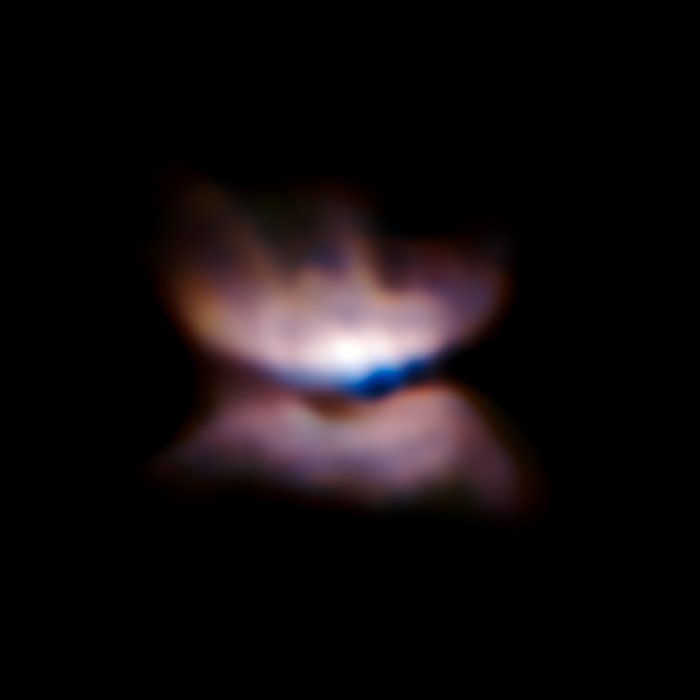 Some of the sharpest images ever made with ESO’s Very Large Telescope have for the first time revealed what appears to be an ageing star in the early stages of forming a butterfly-like planetary nebula. These observations of the red giant star L2 Puppis from the ZIMPOL mode of the newly installed SPHERE instrument also reveal a close companion. The dying stages of the lives of stars continue to pose many riddles for astronomers.