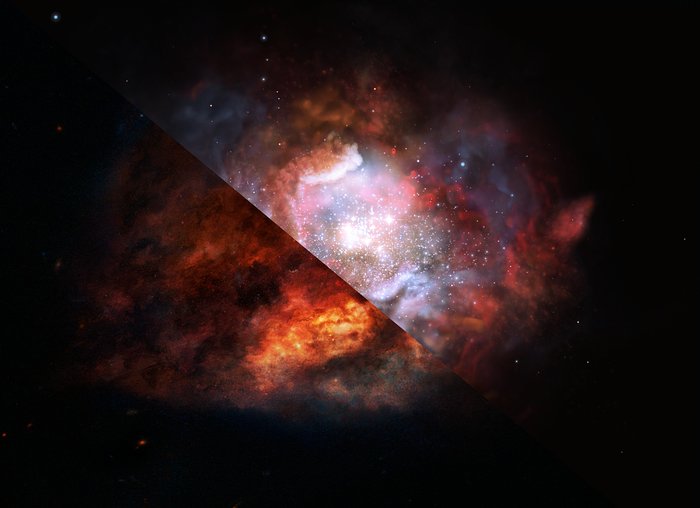 This artist’s impression shows a dusty galaxy in the distant Universe that is forming stars at a rate much higher than in our Milky Way. New ALMA observations have allowed scientists to lift the veil of dust and see what was previously inaccessible — that such starburst  galaxies have an excess of massive stars as compared to more peaceful galaxies.