Comet McNaught over the Pacific Ocean 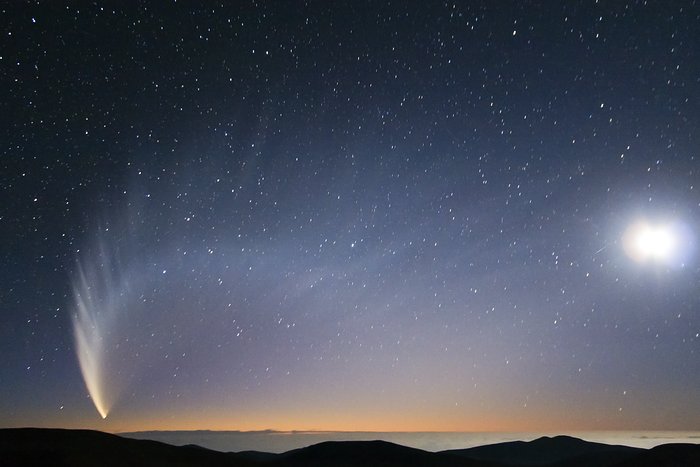 In this extraordinary picture taken from Paranal Observatory, the incomparable view offered by Comet C/2006 P1 (McNaught), which reached its perihelion in January 2007, unexpectedly becoming the brightest comet in the previous 40 years. The majestic comet, accompanied by the crescent Moon (on the right) is setting at twilight over the “sea of clouds” which typically covers the Pacific Ocean, only 12 km away from the observatory.