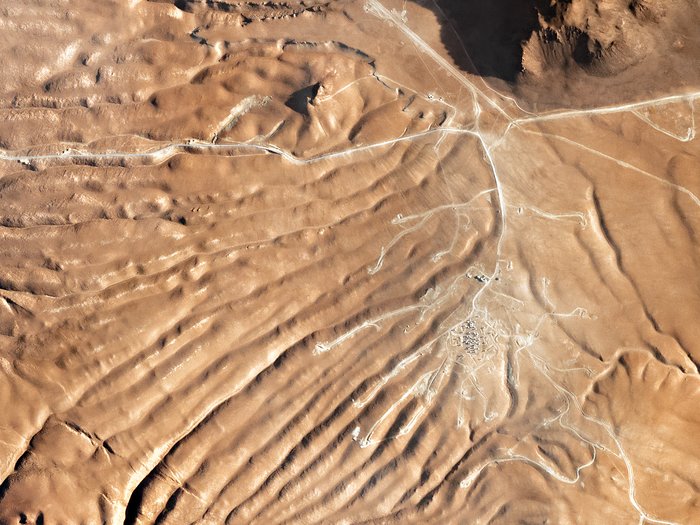 This rugged, wrinkled landscape may resemble Mars, but it is in fact much closer to home — this patch of rippled terrain is a northern region of the Chilean Atacama Desert, home to many of ESO’s world-leading telescopes and observatories.

The distinctly otherworldly appearance of the desert has not gone unnoticed; this part of the world is actually used as an “analogue site” for Mars! Scientists visit the Atacama to explore: soil composition and texture; potential similarities in surface geology and features; limitations for past biological activity (including whether such locations may, or may once have been, friendly to extremophile life); weather conditions; aridity and more. Perhaps most importantly, sites like the Atacama can help us to prepare for both in-progress and planned space missions (manned and unmanned alike) by providing a suitable environment in which to test equipment, manoeuvres, and mission plans.

Visible just below right of centre in this image is a cluster of manmade structures — this is the world's largest ground-based facility for observations in the millimetre and submillimetre wavelength regime (perfect for viewing the cooler parts of the Universe). ALMA is located on the Chajnantor Plateau at an altitude of some 5000 metres.