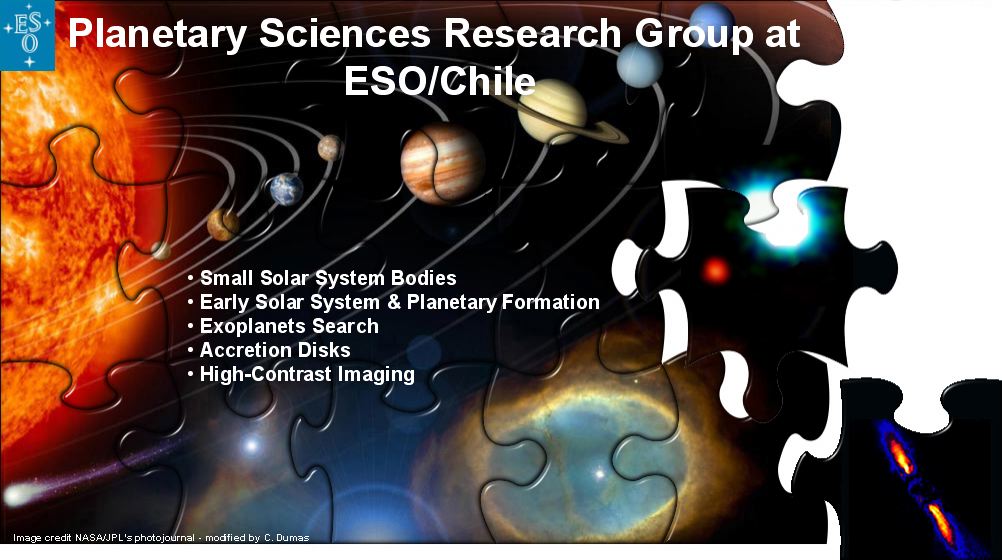 Our group studies many aspects of planetary formation, not only by looking at our own solar system, but by observing extra-solar systems as well. Some of the questions we ask about the origin of our solar system (original composition of the solar nebula, how did accrete the first planetesimals, what is the role of collision in planetary formation?) can find some answers in the study of the most primitive objects it contains (comets, trans-neptunians, small satellites of the outer planets ...) as well as from the study and characterization of planetary systems at large and exoplanets orbiting young, nearby stars. Another strong scientific interest among members of our group is to search for spectral signature of chemicals present on the outermost solar system objects in order to investigate how the interaction between the interstellar and solar radiations with primitive solar system material increased its chemical complexity to produce the first organic material that will, in the end, become the brick of life as we know it.

The activities of our research group are multifold and cover the following topics: