Within the next few years photometric redshifts, allied with deepwide-angle optical-IR surveys and the generation of wide-field instruments currently being built for large telescopes (e.g.FLAMINGOS-2, EMIR, FMOS), will provide distances to unprecedented numbers of young galaxies in the redshift range 1 to 5. These large redshift surveys will be capable of determining the global properties of the galaxy population such as its luminosity evolution and the three-dimensional clustering. The next logical steps will be to investigate the physical processes which drive galaxy formation and evolution over this redshift range and to differentiate between the intrinsic and environmental processes acting on galaxies.

To achieve these goals requires a capability to map the variations in star formation histories, spatially resolved star-formation properties, merger rates and dynamical masses of well-defined samples of galaxies across a wide range of environments - stretching from the cores of the richest, highest density clusters out to the low density field - at a series of progressively earlier epochs. A few of the brightest examples are now being observed using single IFUs on 8-metre telescopes but a statistical survey of these galaxy properties will require a multi-object approach. This is the unique capability which will be delivered to the VLT with KMOS.

The KMOS Science Case outlines a number of detailed observational programmes which exploit the unique capabilities of KMOS to study star and galaxy formation processes at both high and low redshift.

The instrument design employs 24 configurable arms that position pickoff mirrors at user-specified locations in the Nasmyth focal plane. The sub-fields thus selected are then fed to 24 advanced image slicer integral-field units (IFUs) that partition each sub-field into 14 identical slices, with 14 spatial pixels along each slice. The IFUs were manufactured using precision diamond-machining of monolithic metal optics to simplify optical alignment/test and minimize thermal effects. Light from the IFUs is dispersed by three cryogenic grating spectrometers which generate 14x14 spectra with ~1000 Nyquist-sampled spectral resolution elements for each of the 24 independent sub-fields.

The spectrometers each utilise a single 2kx2k HgCdTe detector and use a reflective collimator with a 6-element achromatic camera. The goal throughout has been to employ careful design choices and advances in technology to ensure that KMOS achieves at least as good a sensitivity as the current generation of single-IFU infrared spectrometers.

The patrol field of the pickoffs is 7.2 arcmin in diameter, which is the diameter of the unvignetted field at the VLT Nasmyth focus, thus minimising the thermal background in the K-band. Each IFU has a square field of view of 2.8x2.8 arcsec; anamorphic magnification in the IFU foreoptics ensures uniform spatial sampling of 0.2x0.2 arcsec whilst maintaining Nyquist sampling of the spectral resolution element at the detector.

The field of view for each IFU is large enough to allow local sky-subtraction for compact high redshift targets, doubling the effective multiplex gain over systems which require beam-switching. A crossed beam-switching mode is also possible for more extended sources or for critical applications which require minimal systematic effects.

The use of focal-plane pickoffs allows considerable flexibility in selecting targets and in particular the important capacity to deal with strongly clustered or close-paired sources. In addition to observing multiple individual sources, KMOS has the capability for integral field mapping of contiguous areas (2810 sq. arcsec in a 16-point dither pattern or 530  sq.arcsec in a 9-point dither pattern). This mode would be useful for very extended sources or blank field surveys for emission-line sources (e.g. Ly alpha at z>7). The spectral resolution of R~3500 provides velocity resolution for studies of low-mass objects and is optimal for OH-avoidance in the J and H bands.

A lower resolution grating allows simultaneous coverage of the H and K bands. Since we cannot predict all science applications in the future, our goal has been to make KMOS as versatile as possible without compromising reliability or significantly increasing complexity.Investigations have been made into the as-delivered throughput and image quality shortward of 1 microns and have demonstrated that KMOS can deliver scientifically useful performance down to 0.8 microns. 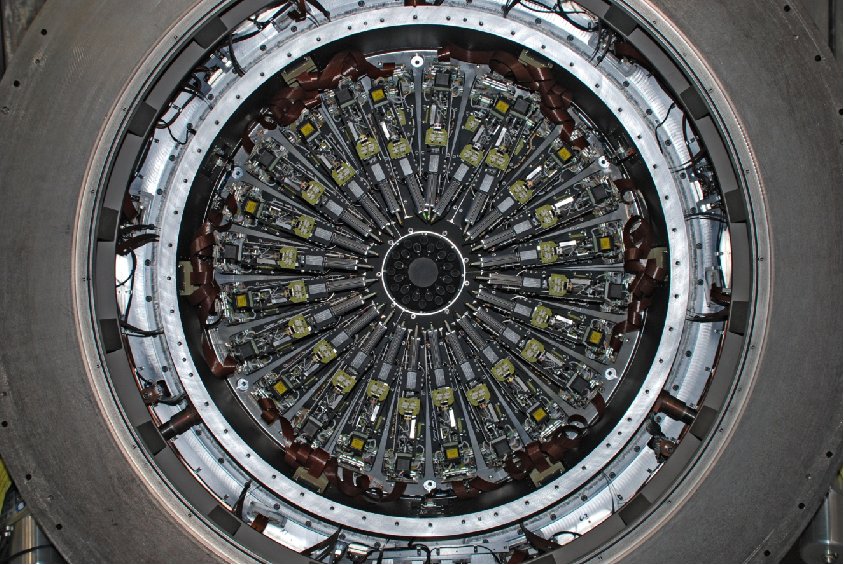 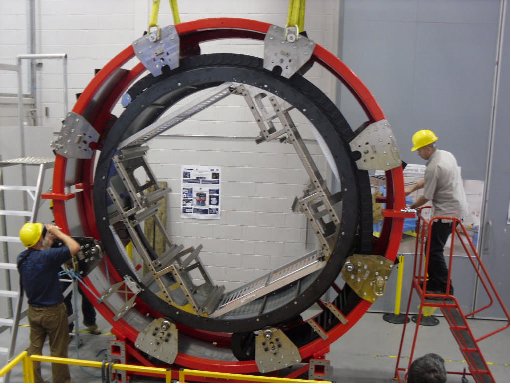 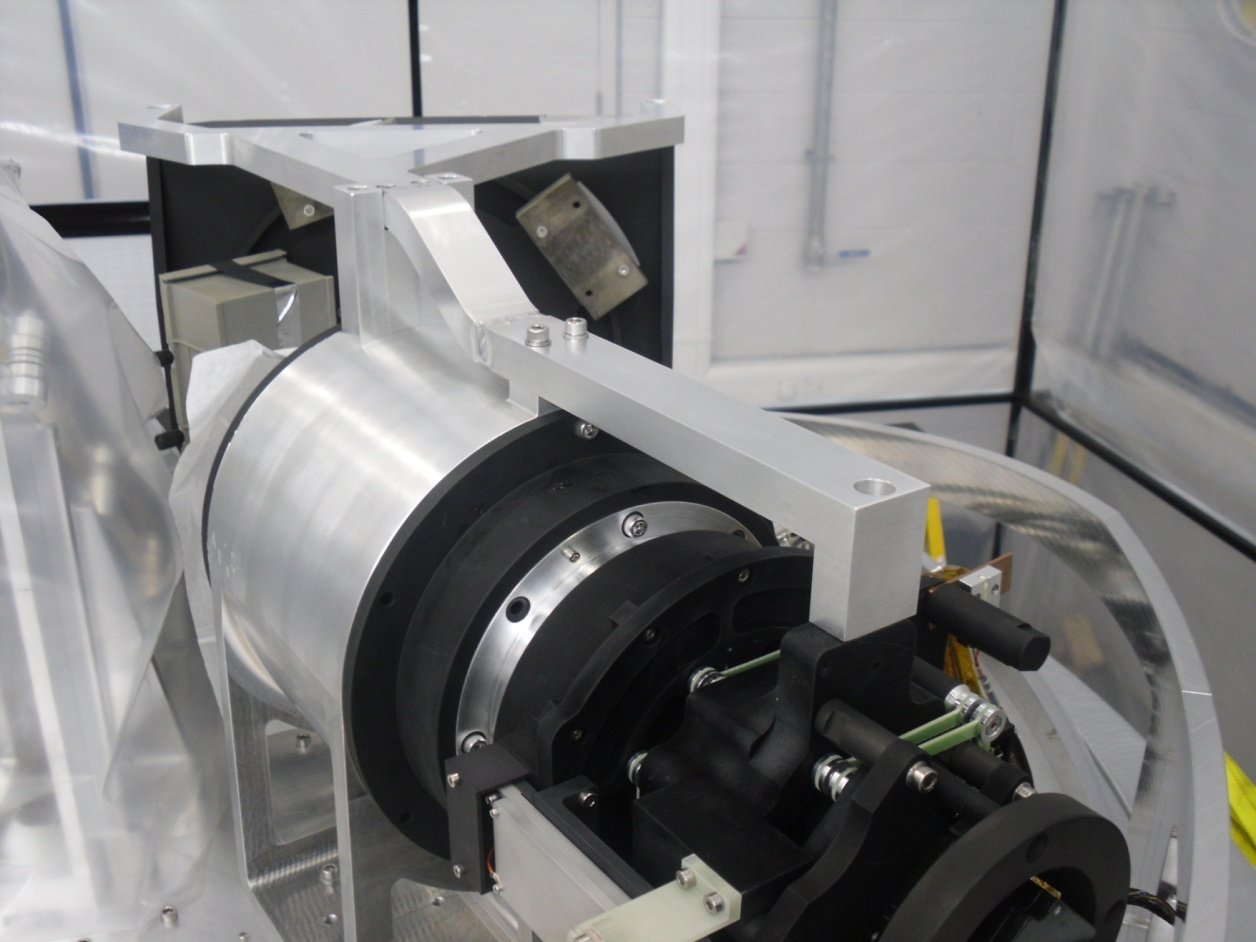 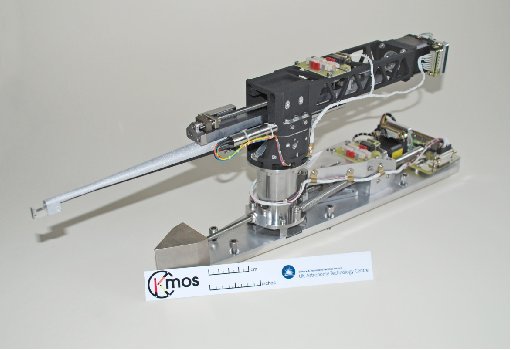